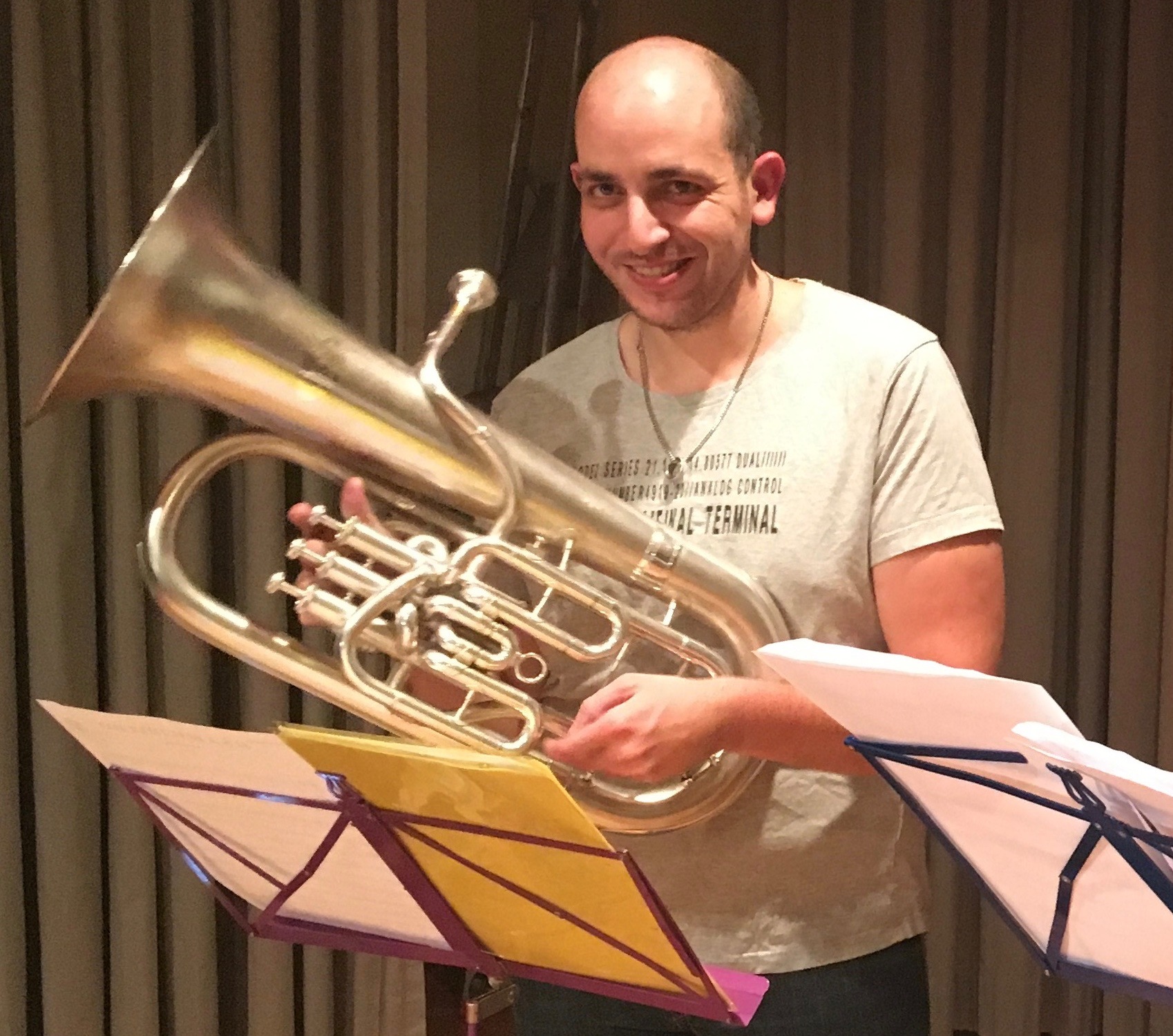 A couple of months ago we welcomed the 10th member to our bras band and it is with great pleasure that we introduce you to Kevin Schaad.

Kevin, how old are you and what do you do for a living?
I’m turning 30 in a few weeks and I work as a service technician for white-goods such as washing machines, ovens or fridges.

Our readers are of course interested to find out how you came to join our Brass Band BlackBoxMusic?
I saw and heard BlackBoxMusic for the first time by coincidence on carnival Tuesday in Basel. I had a chat with David and we found out, that we used to be neighbours. Originally I wanted to join up straight after carnival, but unfortunately I had an accident which put a stop to this idea. A couple of weeks later I met Marc at the „Heimspiel“ event in Aesch and it became very clear to me that I should join this band, after hearing him talk infectiously about BlackBoxMusic. And finally I witnessed the brass-band performance by BlackBoxMusic at the Stoss-Bar event in Reinach were I really „caught the bug“ and joined up the day after.

You have a little daughter who sometimes joins us a the band rehearsals, is she interested in music?
My daughter is 3 years old and doesn’t play an instrument yet, however she loves all types of music and enjoys dancing and singing.

In your view, what makes the horn such a special instrument?
The best thing about my horn (known as a Euphonium which means „well-sounding“ or „sweet-voiced“ in greek) is its sonorous sound, with this instrument one can play the most beautiful melodies. Which of course requires that you know how to play which I’m still in the process of learning to master. I think the most important thing is anyway that one enjoys playing and listening to music.

Thank you very much for your answers Kevin, the horn section of BlackBoxMusic trains every Tuesday evening. We invite you to join one of our rehearsals in Reinach.

This site uses Akismet to reduce spam. Learn how your comment data is processed.